FEATURED PLANT: All About the Poinsettia 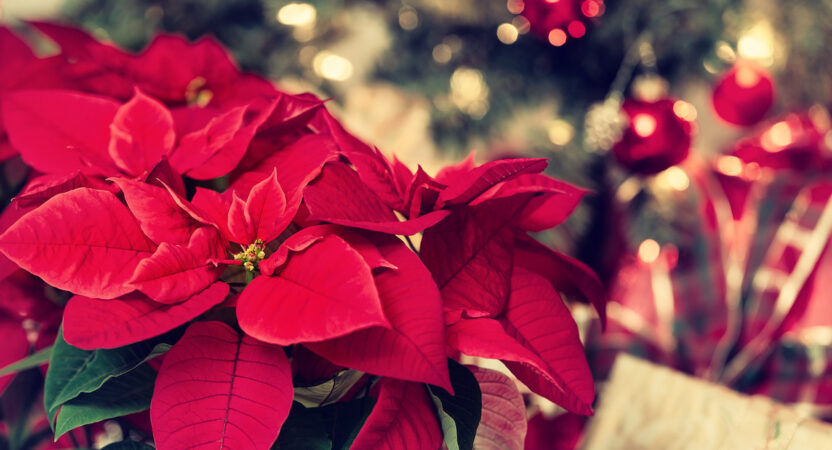 FEATURED PLANT: All About the Poinsettia

Tis the season for Poinsettias, one of the most well-known and coveted “Christmas plants” in North America. While commonly seen throughout the holiday season and used for decorative purposes by millions, the poinsettia has an interesting history that some may not know. Here’s everything you need to know about Poinsettias, the beautiful holiday plant we’ve all come to know and love.

Poinsettias are native to Central America, gaining popularity in areas of Southern Mexico where the plant, then called “cuetlaxochitl”, flowered during winter months. Aztecs utilized the plant for not only its beauty but also practical purposes; extracting dye from the plant for textiles and cosmetics, and the milky sap, known as latex today, for use in medicine.

The United States was introduced to the plant by Joel Roberts Poinsett, the first appointed U.S. Ambassador to Mexico, when Poinsett brought some of the plants to his home in South Carolina. There he began propagating the plants and distributing them to botanical gardens, and they were later sold under the name Euphorbia pulcherrima as cut flowers. The plant came to be called Poinsettia, in recognition of Joel Roberts Poinsett, around 1836. December 12th, the date of Poinsett’s death, was established by Congress as National Poinsettia Day in 1851.

In the early 1900s, poinsettias began to be sold for use in landscaping and as potted plants. One of the first to sell poinsettias as whole plants was the Ecke family in Southern California who remain today one of the largest producers of the plant.

As for why poinsettias are part of a long-time holiday tradition, there’s a legend of a Mexican girl named Pepita who had no gift to present to baby Jesus on Christmas Eve. Pepita picked a handful of weeds to create a bouquet, for which she left at the chapel alter, at the bottom of the nativity scene – as the only gift she could offer. As the story goes, the weeds turned into bright red flowers – a “miracle” witnessed by onlookers, that would come to be known as the ‘Flores de Noche Buena’, or ‘Flowers of the Holy Night’.